During our round-the-world adventure, we have tried to experience life as much like local people as possible. While we know this is impossible, we still think it provides an important glimpse into the lives of the people we encounter in different places. Rick Steves, the travel specialist, calls this traveling through the back door.

The goal of living as much like locals as possible has shaped many decisions during our trip. For example, we have chosen to stay in people’s homes rather than in hotels. By house sitting in South Africa, France, New Zealand, and Australia, we have lived in the homes of wonderful people and befriended their neighbors, which has been a very special gift during our travels. When not house sitting, we have booked apartments and rooms through AirBnB, which has meant that we lived in ordinary apartments in regular neighborhoods. 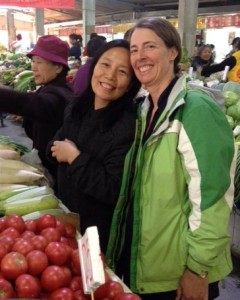 My wife, Lisa, with our Beijing host, Holly

We also have taken public transportation as much as possible. While we could have taken taxis to get from Point A to Point B, we have climbed aboard city buses and subways along with local people. More than simply helping our budget, this has allowed us to stand side-by-side with locals making their way to work or school or the market.

We also have spent time walking the streets in cities and towns that have been our home. We have shopped at local markets and joined in local celebrations. Through our stumbling attempts to speak different languages and a comical series of charades acting out our words, we have communicated with people across the world. And, with very, very few exceptions, we have found people everywhere to be kind, caring, and helpful.

While in Beijing, China, we went to Tiananmen Square. Rather than joining a tour group, we took the excellent Beijing Metro from our apartment to Tiananmen Square. And, we timed our visit to coincide with the flag-lowering ceremony at sunset. About an hour before sunset, a crowd began forming around the large flag in Tiananmen Square near the Forbidden City. Once the ceremony began, we were some of the very few international people in the crowd of 1,000 or more. 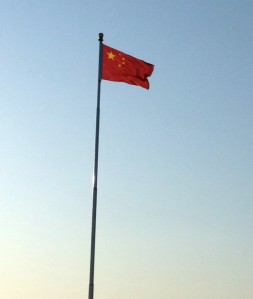 As soldiers lowered the flag and marched with it to the Forbidden City, I could see the pride on the faces of Chinese people with whom I was standing. I thought of times I have enjoyed patriotic celebrations in the United States, my home country, and I was reminded that love of one’s home land is prevalent around the world.

By encountering life with locals, my wife, our children, and I have learned that people the world over are far more alike than they are different. In China, people live under a different social and political system than the one I know in the United States, but when I rode with them on buses or the Metro, when I shopped with them at markets, and when I saw them taking their children to school, I realized anew that our deepest concerns and most of our daily activities are really very similar.