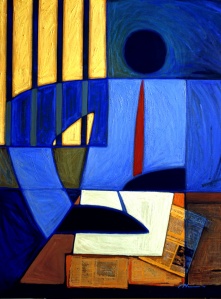 Today, April 16, 2013, marks the fiftieth anniversary of Martin Luther King’s “Letter from Birmingham Jail.” King was imprisoned on a charge of parading without the required permit. He wrote the letter in response to a statement issued by eight clergymen calling his activities “unwise and untimely.” In the letter King offered several phrases that are well known and deeply moving:
• Injustice anywhere is a threat to justice everywhere. We are caught in an inescapable network of mutuality, tied in a single garment of destiny. Whatever affects on directly, affects all indirectly.
• We know through painful experience that freedom in never voluntarily given by the oppressor; it must be demanded by the oppressed. Frankly, I have yet to enegage in a direct-action campaign that was “well timed” in the view of those who have not suffered unduly from the disease of segregation.
• An individual who breaks a law that conscience tells him [or her] is unjust and who willingly accepts the penalty of imprisonment in order to arouse the conscience of the community over its injustice, is in reality expressing the highest respect for the law.

In response to critics who called King and other extremists for the nonviolent, direct action, King said, “Though I was initially disappointed at being categorized as an extremist,I gradually gained a measure of satisfaction from the label. Was not Jesus an extremist for love: ‘Love your enemies, bless them that curse you, do good to them that hate you, and pray for them which despitefully use you, and persecute you.’ Jesus was an extremist for love, truth and goodness. Perhaps the South, the nation and the world are in dire need of creative extremists.
During her sermon on Sunday at our church, my wife, Lisa, asked members of the congregation to consider ways in which we might respond, like Peter in Acts chapter: “We must obey God rather than any human authority.” Are there settings in your life where a creative extremist might be needed? How will you respond?